The Butchers Wife | Falling in love with Benji Falling in love with Benji

From the moment I laid eyes on him I melted.  The unexpected boy had me hooked from the start.  Early to smile, so expressive and loved to sleep in the crook of my arm.  However, soon into his life the loud demands started.  He had the loudest cry, he would not easily settle and sleep was not high on his priorities.  As he grew, it’s like he was inherently impatient…… like his mind was frustrated with his body.  He was not happy to sit in the pram, or anywhere for that matter.  I noticed my body started to be uptight around him, waiting for the next outburst.  Meltdowns were often.  His siblings adored his engaging personality but despised the constant noise and parental attention he stole from them.  Dinner times were the worst, and not to mention holidays. Some days I was feeling so battle-weary that I was biting back the tears.  I would then shame myself for feeling this way, I should be grateful I had a healthy child as demanding as he is.  However, I have to admit I was beginning to resent how much energy, time and attention he took from the others.  I couldn’t wait for nap times and I would brace myself when getting him up as the loud demands and whinging began straight away.  He was not what I expected him to be.  I imagined a sweet, calm boy who would bring gentle energy to an already full family.  I wouldn’t even consider that I had capacity for anything else I suppose. But that was making it ‘all about me’.  It’s easy to fall into this trap in motherhood, and focus on all the inconveniences of handing your life over to these little ones……. and it is a slippery slope from there.

His negative behaviour peaked a few months back at just over 2 years old.  Hitting, fighting, angry, whinging, screaming.  Normally confident in my parenting, I was starting to get the wobbles and dreaded taking him places.  Most said it was just a stage, that he would grow out of it.  Maybe, I thought……but deep down I knew it was something more.  I truly believe he was sensing how I was feeling towards him.  Of course I was always expressing love to him, but I was not enjoying him….. at all.  How could I, when I was being screamed at all day?

On social media, I shared what my plan was a while back; to pull back on my “to-dos” to spend more quality time with him.  Sounds simple and logical.  But I had to do something first.  I had to grieve who I thought he would be, so I could start falling in love with who he is.  Grieving sounds like a strong word and I can, in no way, compare to the grief of losing a loved one.  However in many cases, grieving is simply “adjusting” to a new normal.  Letting go of my preconceptions to make way for this new reality. I feel guilty even writing this…… how dare I grieve when so many out there have not been able to experience motherhood? But I also feel strongly to write about this topic, as I know there are many families that struggle with a child (or more) whose behaviour is extremely unlovely, and it takes its toll even on the strongest of us.  So for me, grieving what I had expected Benji to be, needed to come first.   It’s easy to get stuck here because we are not willing to let go of what we thought was meant to be, in this instance, the child I had imagined, and who I thought I could handle.

I then decided to fix my mind on what was beautiful about Benji and think on it often, from the very start of my day.  It was actually a scripture that spoke to me a lot at the time; “whatever is true, whatever is noble, whatever is right, whatever is pure, whatever is lovely, whatever is admirable—if anything is excellent or praiseworthy—think about such things”(Phillipians 4:8).  I started to focus on Benji’s amazing language (“you are impossible Mummy!!”), his gross motor skills, his beautiful long fingers.  I decided to bump up the eye contact, to dialogue with him so much more throughout the day, to not rush moments.  Basically I decided to study him, like a new found treasure.  To study this little gift I had been unexpectedly given, and dream about who he is becoming.  To think on why he needs to talk and make noise all day long.  Why his little body needs to constantly move.  Why he needs to absorb information at a rapid rate.  To think on the purpose behind his life, and why he was created this way. I started to treat him like the gold nugget that he is and that he has always been but I had not been prepared to receive.  I also had to intentionally stop whinging to Sime about him at the end of the day, as I would often leap into unloading how difficult Benji had been that day. I was just feeding into negative thoughts about him, and tarnishing Sime’s as well.   It was more than just adopting a positive mindset, it went deeper than that.  It was a shift that involved meditating on his beauty and consciously keeping the big picture in mind………focusing on the endgame.

The result? His little soul was lapping it up.  He has started sensing the fact that I enjoy getting him up in the morning now, covering him with kisses rather than bracing myself for a day of battles ahead. He has noticed that I want to hear all the things he had to say (even if the timing is inappropriate).  He knows I am enjoying him! By studying him, I have discovered the keys to what makes him tick.  He needs to verbalise all he is processing, and it must come out.  It is not naughty, it’s necessary for his brain.  He also needs to move his body and expire energy early in the day.   We need to be adventurous, and to make space for it.  If you live in Doreen, you will see me with little Benji on his plastic bike, sometimes at a crazy pace, other times a excruciatingly slow meander through the bushes (“going on an adventure”).  I have learnt to leave more time to allow for this, we need time for him to explore and to be.  This is the recipe to Benji.  Time and space. Not allowing for it, and he tends to explode like a bomb.  These precious few months, I have been less productive but my heart has been full.  I have been falling in love with my Benji. It does not mean we do not still have hard days, but the connection and understanding that was frayed has become so strong, that it now does not get strained on the “off” days.

I know this is not brain science.  However, I have found that when you are in the thick of parenting, in the trenches, it’s very easy to lose perspective.  Most of us were experts at parenting until we actually became a parent.  I have now been a mum for nearly 15 years and I am far from perfect.  Just when I think I am doing ok, we get thrown a curve ball.  Each child has taught me something new.  Something new about myself and something new about what it means to love.  Benji has taught me that slowing down to understand the way our children are made, not how you think they should be behaving, has released me in many ways. Pride often must die in the process, as parenting can look so messy at times.  I didn’t think I was a prideful parent, but having our Benji-boy has humbled me to a whole new level.  There is something so wonderful developed in us as parents when we truly learn to love well our children, especially when they are being so unlovely.  I now need to transfer this lesson when expressing love to my smelly teens….. oh boy. I am still hunting for some more keys to unlocking them, but that is a blog for another time.

So if you see Benji and I on adventures on his plastic bike, give us a toot!! We are out there rain, hail or shine, all in the name of love.

Related posts that you should not miss. 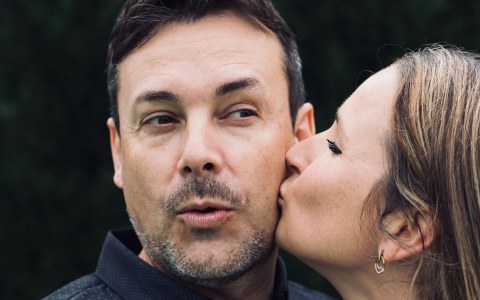 We are all Butcher’s Wives….. 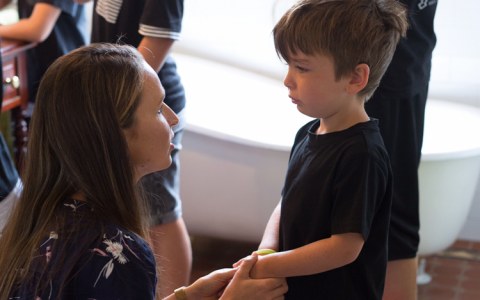 Communication with our kids. Eyes on your lane…..

Your feedback is valuable for us. Your email will not be published.

Many thanks to my dear friend, Fiona Kearnan from Look At Us Now Photography whose photos, featured all throughout this blog, were taken with love 💗